Don't be an April Fool on March 31st 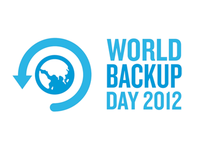 March 31st is World Backup Day.  The idea was developed by a group of users from the social news networking site, Reddit, and it is no accident that World Backup Day is the day before April Fool’s Day as the slogan informs people, “Don’t be an April Fool, backup your files. Check your restores.”  What if your hard disc drive (HDD) did crash on April 1st, would you be prepared?

According to www.worldbackupday.com, a three-year-old HDD has a 6% chance of failing.  If the hard drive breaks, or is infected with a virus, it will be very expensive, if not impossible, to recover the data on the HDD.  However, if your data is backed up, you can simply purchase a new hard drive and restore your files. 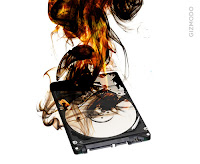 World Backup Day is an initiative to bring awareness of how important it is to backup data to those who have never backed up their data and to those who do not backup frequently enough.  Data backup should be done frequently, not just once a year.

If you plan to back up to another HDD, a one-target HDD duplicator, such as U-Reach IQ112 can be an affordable choice.  For more professional archiving to multiple drives, a tower or IT seried duplicator up to 15 targets should do the trick.

For more information on how to duplicate hard drives you can watch the video below.

How to Duplicate Your HDD with the IT1500

Posted by U-Reach Data Solutions Inc. at 9:45 AM