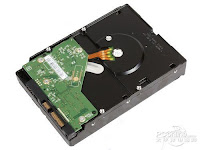 If you were among the early adopters of 3TB HDDs, you probably had struggled a bit booting from your new drive unless you had all the right combinations of OS and BIOS to start with.

Copying a 3TB HDD with a HDD duplicator could be just as tricky.  Similar to the support from your OS, BIOS and HDD driver, a firmware upgrade on a duplicator such as U-Reach’s 1-1 Pro118 will be required to handle the 3TB challenge.

If you’re not yet familiar with the 3TB issue, think about the license plates on all vehicles—if each is allowed only to have exactly 5 digits (0-9 without alphabets) once registered, the maximum number of cars that can be uniquely identified by such license plates will be 105=100,000.  Similarly, under the limited 32-bit structure adopted in legacy systems to address disk space, there could only be as large as 2.2TB (we’ll spare you the calculation) recognized; therefore, to extend beyond this limit, the addressing scheme has to be improved and agreed upon by all relevant components, which is certainly not a trivial task and unfortunately, not all systems are created equal moving forward.


TeraSupport
Posted by U-Reach Data Solutions Inc. at 10:03 AM